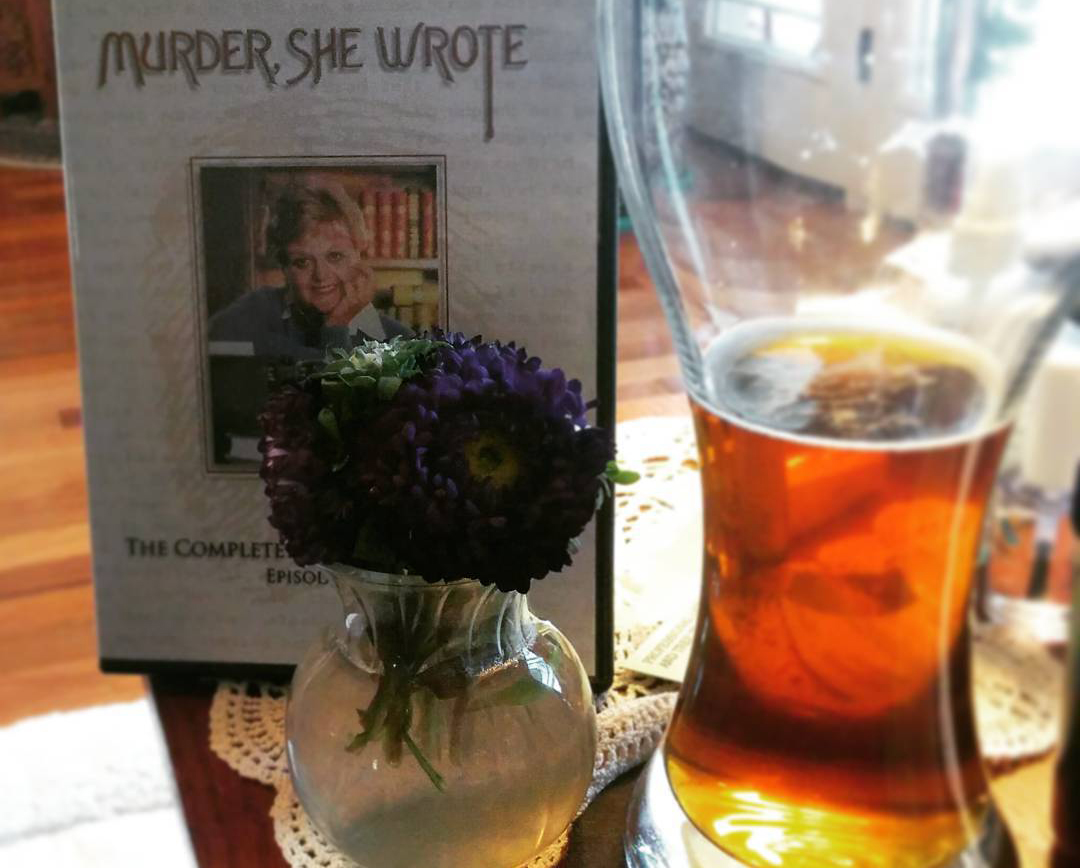 Once a month we watch two episodes of Murder, She Wrote, drink, and play bingo. We live tweet and instagram our bingo progress, so you can play along.

Join us for mullets and incompetent law enforcement. Participate by following our live tweets of the shows. Join in on the action by tagging your tweets with #MurderSheDrank and play along with our free bingo cards. This Friday we are watching:

S7: Episode 12 Originally aired 20 Jan 1991 Dennis Stanton must prove his innocence when he is accused of murdering a flames estranged husband.

Each PDF has several unique cards. All cards have an ID on the bottom so you and your friends can choose similar or different cards.

Make your MurderSheDrank nights more cozy with a few of the illustrations and patterns available on apparel and housewares on Society6. 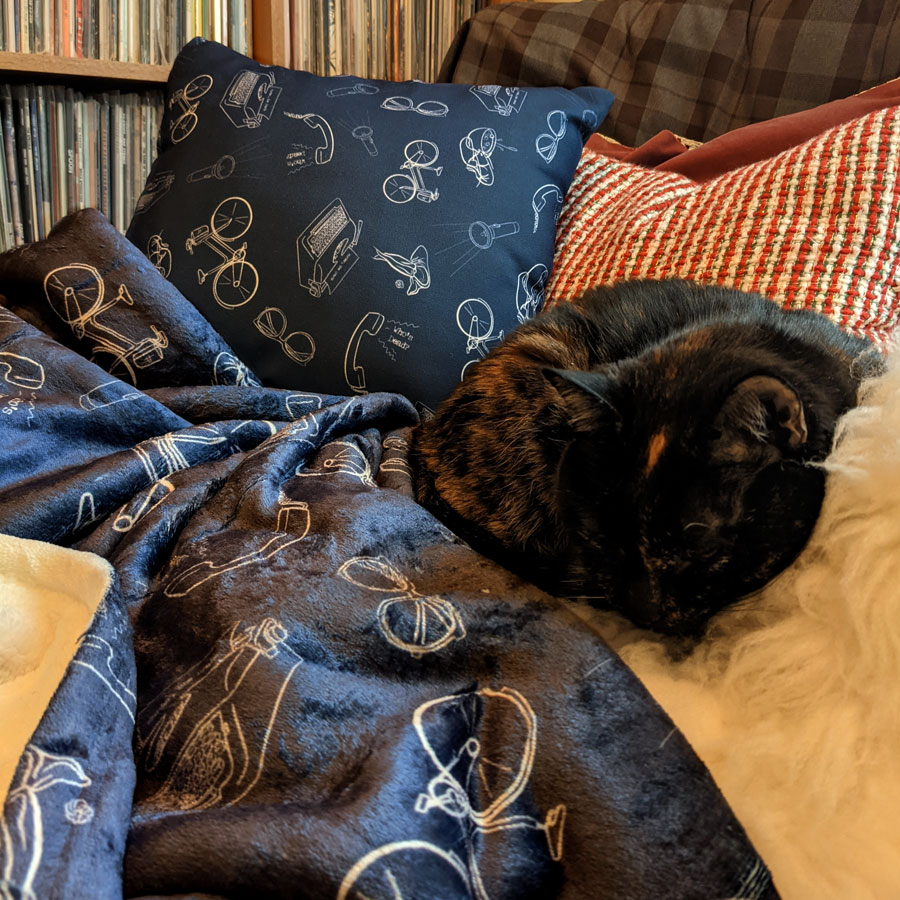 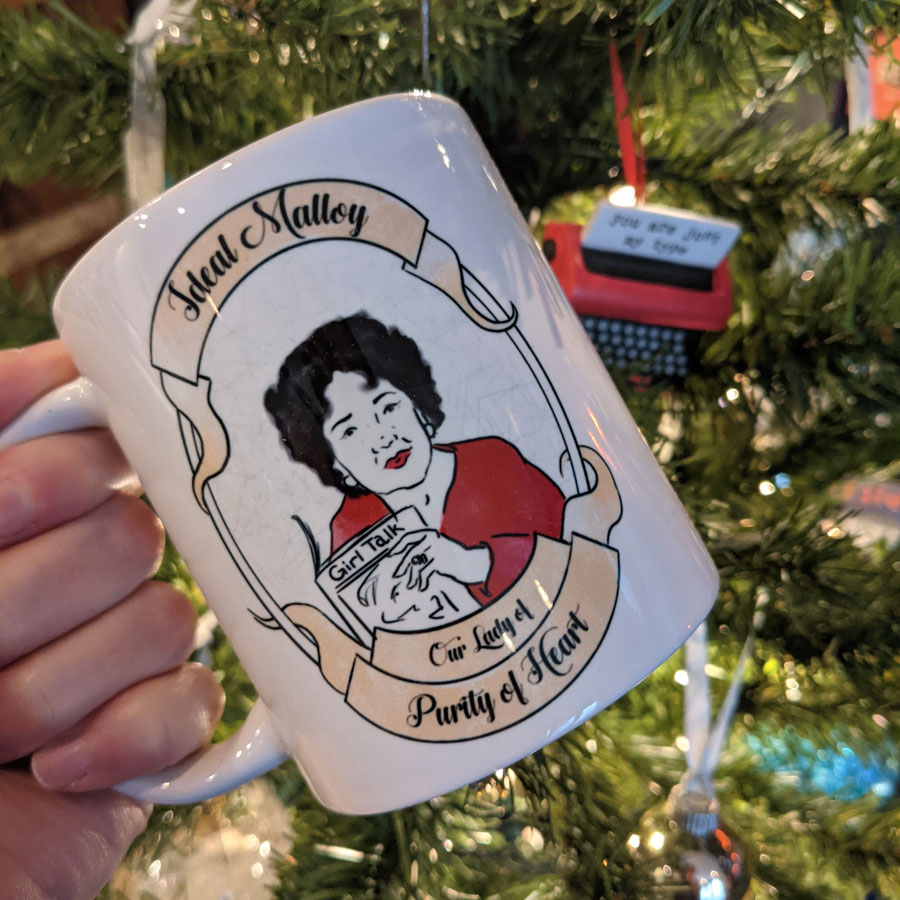 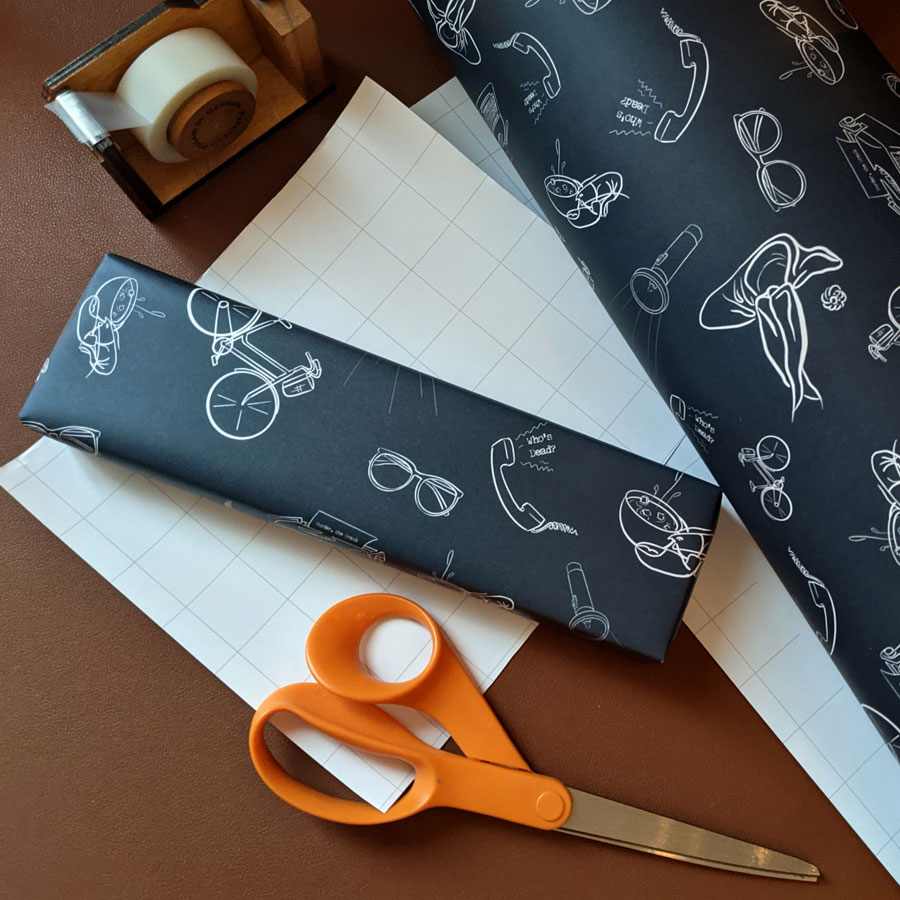 How do I play?

Easily, you don't even need to play along with us; you can do it on your own time.

Do I need to use a new bingo card for each episode?

No, that would make bingo very hard. Continue using the bingo card you chose if you watch more than one episode. It normally takes two episodes to get close to winning.

Are the episodes streaming anywhere?

Do I need to drink to participate?

Absolutely not. In fact, half of Murder HQ are sober folks. "Murder She Drank" just sounded hilarious to us and we had to run with it. We do encourage crappy jokes and snacking though.

Is this a regular thing?

Indeed, we've been doing this since 2014. We normally meet at 8pm Central on the third Friday of the month, but double check as this sometimes changes. We are currently working our way through season 6.

How do you divide the seasons/episodes?

After some trial and error we decided to do one season per year. We plot the episodes so that we do two episodes a month and there are normally 22 episodes in a season. This normally leaves us with one month where we technically have no episodes to watch. Some years we do a special "Halloween" edition where we watch a different show (*cough*Supernatural*cough*) and other years we decide to take a break in December so we can relax and refresh for the new year. We always announce what our plans are toward the end of the year, so keep an eye out.

Why do your bingo cards start with "set 3"?

We periodically created new bingo cards as we get on in the series. Sets 1-2 were very hard because they were specific to certain episodes. The earlier cards were based on a drinking game created by Bonnie Burton. As we got on in the series we ended-up expanding the bingo squares to more open tropes of the show as well as common things that we saw happen within the Twitter community. Since we've made the change folks are actually able to win bingo, which is a mighty great feeling.

About your murder bosses

Murder She Drank is run by Kathy (she/her) and Kateri (she/her). Kathy is in CST and Kateri is in PST; they watch together via the magic of video chat. We often are joined via video by our friends in other time zones, who we refer to as "Murder HQ." Kathy tends to be the one tweeting and is also the one who runs this web page; feel free to reach out to her if any corrections needed.